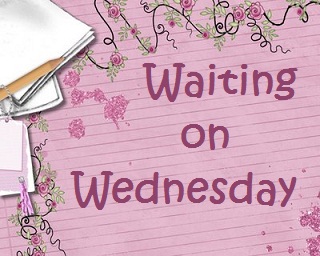 Hosted at Breaking the Spine

The Poppet and the Lune
by Madeline Claire Franklin
published May 2011
(Yes, I know this has already been published, but I just recently discovered it and really REALLY want to read it!)

The witch who made the patchwork girl died before she could give her creation a name. Stitched together from the remains of the villagers’ dead children—whose memories still live in her flesh—and held together by a ring made of moonbeams, the patchwork girl is a spell as yet unfinished. She can never be what her parents wanted her to be: a replacement for the children they’ve lost. So when the poppet grows up, and grows tired of being a disappointment, she decides to embark upon a journey through the Everwood Forest in search of her real name.

In the forest she meets the recently-made wereman Faolin, trapped in the form of a wolf except during the full moon, and running from the beasts who killed his father. Together they face the dangers of the forest, forming an unlikely bond as their paths wind together: Faolin running from his destiny—the patchwork girl in search of her own—both of them bound by moonlight.

But Faolin, afraid of the beast he has become, has known all along what he must do in order to lift the curse and return to his former life. In fact, it is the very reason he sought out the patchwork girl to begin with—and now the only reason he is willing to leave her side: to save her from himself.


This is my usual YA romance chik-lit, but that blurb had me hook, line, and sinker!
Plus, the cover is gorgeous--in a slightly creepy, whimsical way.

Email ThisBlogThis!Share to TwitterShare to FacebookShare to Pinterest
Labels: madeline claire franklin, the poppet and the lune, waiting on wednesday