Top Ten Authors in YA

Hosted over at the Broke and Bookish

Normally, I'm the type to borrow books from the library first and then, if I really like the book, go buy it from the book store. My picks for best authors in YA are people whose books make me skip the library altogether and head straight for the book store because I know it's going to be good. These are writers who've consistently churned out beautiful writing and fantastic characters. Without further ado, here are my picks (in no particular order):

John Green
"My thoughts are stars I can't fathom into constellations."
-The Fault in Our Stars

"Lonely, Vaguely Pedophilic Swing Set Seeks the Butts of Children,"
-The Fault in Our Stars

Richelle Mead
"I know how devastated you must be to miss me, but leave me a message, and I'll try to ease your agony."
-Blood Promise

Cassandra Clare
"I am a man" he told her, "and men do not consume pink beverages. Get thee gone woman, and bring me something brown."
-City of Glass

"To love is to destroy, and to be loved, is to be the one destroyed."
-City of Bones

Stephanie Perkins
“Once upon a time, there was a girl who talked to the moon. And she was mysterious and she was perfect, in that way that girls who talk to moons are. In the house next door, there lived a boy. And the boy watched the girl grow more and more perfect, more and more beautiful with each passing year. He watched her watch the moon. And he began to wonder if the moon would help him unravel the mystery of the beautiful girl. So the boy looked into the sky. But he couldn't concentrate on the moon. He was too distracted by the stars. And it didn't matter how many songs or poems had already been written about them, because whenever he thought about the girl, the stars shone brighter. As if she were the one keeping them illuminated.

One day, the boy had to move away. He couldn't bring the girl with him, so he brought the stars. When he'd look out his window at night, he would start with one. One star. And the boy would make a wish on it, and the wish would be her name.

At the sound of her name, a second star would appear. And then he'd wish her name again, and the stars would double into four. And four became eight, and eight became sixteen, and so on, in the greatest mathematical equation the universe had ever seen. And by the time an hour had passed, the sky would be filled with so many stars that it would wake the neighbors. People wondered who'd turned on the floodlights.

The boy did. By thinking about the girl.”
-Lola and the Boy Next Door

Lauren Oliver
"Love: a single word, a wispy thing, a word no bigger or longer than an edge. That's what it is: an edge; a razor. It draws up through the center of your life, cutting everything in two. Before and after. The rest of the world falls away on either side."
-Delirium

Melina Marchetta
"It's a weird smile, but it reaches his eyes and I bottle it. And I put it in my ammo pack that's kept right next to my soul and Justine's spirit and Siobhan's hope and Tara's passions. Because if I'm going to wake up one morning and not be able to get out of bed, I'm going to need everything I've got to fight this disease that could be sleeping inside of me."
-Saving Francesca

Sarah Dessen
"Music is a total constant. That's why we have such a strong visceral connection to it, you know? Because a song can take you back instantly to a moment, or a place, or even a person. No matter what else has changed in your or the world, that one song says the same, just like that moment."
-Just Listen

Jennifer L. Armentrout
"I've always found that the most beautiful people, truly beautiful inside and out, are the ones who are quietly unaware of their effect." His eyes searched mine intently, and for a moment we stood there toe to toe. "The ones who throw their beauty around, waste what they have? Their beauty is only passing. It's just a shell hiding nothing but shadows and emptiness."
-Obsidian

Julie Kagawa
He smiled, a real one this time, though his voice remained teasing. “So, what do you think I am?”
Naive, I thought at once. Naive, brave, selfless, incredible and much too kind to survive this world. It’ll break you in the end, if you keep going like this. Good things never last.
-The Immortal Rules

Hannah Harrington
"You're nothing like your sister," he tells me. "She meant a lot to me, okay? It's true. But the things I like about you have nothing to do with her. You - you are so strong and stubborn it drives me crazy. You're the one going through all this and you still put Laney first every time, instead of throwing yourself the pity party we both know you deserve. You call me out on my shit, and I like that, because sometimes I need someone to call me out on my shit. And you get Johnny Cash, and you take these incredible photos, and everything about you makes me hurt, in a good way, and it blows my mind that someone can be so amazing and not even see it."
-Saving June


Rick Riordan (since he's "technically" not YA)
"Hades raised an eyebrow. When he sat forward in his throne, shadowy faces appeared in the folds of his black robes, faces of torment,as if the garment was stitched of trapped souls from the Fields of Punishment, trying to get out. The ADHD part of me wondered, off-task, whether the rest of his clothes were made the same way. What horrible things would you have to do in your life to get woven into Hades' underwear?"


Kody Keplinger
"Great. He was a hottie, a good kisser, and a literature buff. God really must have had a sense of humor, because if I had to name my biggest turn-on, it was literature. And he had just recommended a book that I didn’t know, that wasn’t taught in school. If I were single, there would be no better pick-up line."
-Shut Out

Ally Carter
"Most little girls in England grow up wanting to marrya prince. Bex grew up wanting to kick James Bond's butt and assume his double-0 ranking."
-Cross my Heart and Hope to Spy

Rachel Hawkins
"She was my assignment.""From The Eye?""No, from the Boy Scouts. That Witch Dating badge just kept eluding me.""Well, you must have at least three Total Douchebag badges by now, so that has to count for something."
-Demonglass

Rachel Vincent
“Wouldn't you be mad if I told you to give up on someone you cared about? Just... hand her over to someone who doesn't even deserve her?"Tod gave me a strange, sad look I couldn't interpret, and the blues in his irises shifted subtly for a moment before he got control of them. "Yeah. I guess I would.”
-My Soul to Steal 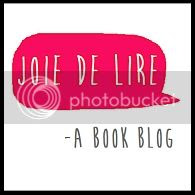 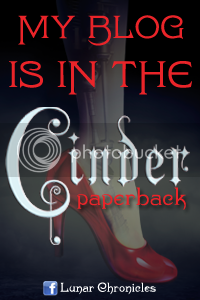