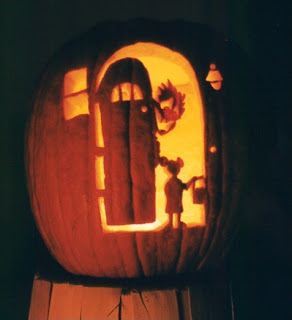 Email ThisBlogThis!Share to TwitterShare to FacebookShare to Pinterest
Labels: halloween

“In Fateful, eighteen-year-old maid Tess Davies is determined to escape the wealthy, overbearing family she works for. Once the ship they’re sailing on reaches the United States, she’ll strike out on her own. Then she meets Alec, a handsome first-class passenger who captivates her instantly. But Alec has secrets....

Soon Tess will learn just how dark Alec’s past truly is. The danger they face is no ordinary enemy: werewolves are real and they’re stalking him—and now Tess, too. Her growing love for Alec will put Tess in mortal peril, and fate will do the same before their journey on the Titanic is over.”
-blurb from goodreads.com

Review:
I've gotta admit, I started this book with some not-very-high expectations, thinking it would be kind of cheesy.
But boy was I wrong.
Fateful has quickly become one of my favorite historical romances...ever! The combination of Titanic + werewolves is very unexpected. It definitely had the potential to make the book cheesy and overly dramatic, but the author pulled it off very well! The supernatural element is there, but doesn't consume the book and overtake the realistic aspects of the novel. You can tell that Gray definitely did some very thorough research on the time period and the Titanic before she started writing. The way that Gray writes is so beautiful and true to its time that you'll gobble the pages up before you know it. In my opinion, this novel was written even better than her Evernight ones.
Of course, the great romance in the book helps too. The romance between Tess and Alec, in my opinion, could definitely give Jack and Rose a run for their money. Tess is a heroine that you can't help but like: caring, strong, and witty. You also can't help but love Alec; he's protective, selfless, and has absolutely no care for class divides. I also really like the fact that the author adds in little romances on the side between supporting characters; it's not just about the love of the main characters.

Overall, I give this book 5 STARS.

Here are some of my favorite quotes:
“You should go.”
“I can't.”
“Because you want to stare at the monster?” Alec's green eyes blaze, but with a wholly human fire now. “Or because you pity me?” I couldn't guess which possibility he loathes more.
I fold my arms. “I can't leave because the door's locked. Believe me, I would've gone hours ago if I could have.”
“Oh. Of course.” Then he looks so abashed—so boyish, and so handsome—that I almost want to laugh.

“You're strong, Tess. Stronger than I think even you know. I don't think there's anything you couldn't bear if you had to.”

“I can't offer you anything.”
Marriage, he means. A future. Everything his bondage to the Brotherhood denies us. All those things that seem so important in the bright light of day but are so meaningless now.”
“You can offer me tonight.” 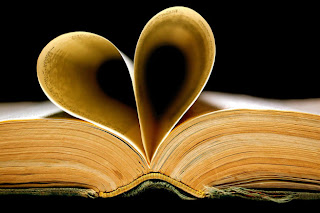